Project – A simple word but with much significance

This may have been a coincidence (or maybe not). On this particular day in the morning, my niece who is pursuing her UG Engineering shared with me that she needs some assistance as her college project deadlines are arriving close. I was scheduled to travel outstation for work. On the way to the airport, I was just flipping the pages of the news daily and found an interesting coverage on project based learning (PBL) for K-12 students, its popularity in the west and its growing acceptance in our country.
A casual chit-chat with my fellow passenger in the air who happened to be a senior management personnel in a pharmaceutical company revealed that he was working on a critical project, a successful accomplishment of which would mean their enhanced presence in the market.
Well, now this was interesting. Three different people from differing demography, age group and were using the same term project, but in . Was a common element in the loosely used term. The find was interesting. It revealed that all projects, used in whichever context have the following in common:
1. A scope (read outcome)
2. Resources (man/machine, materials and money)
3. A defined timeline
Upon my return the next day, I found my niece much puzzled struggling to get hold on her had many loose ends and she was all around the place.
A little analysis led to reveal that the scope of the project was not defined properly, and there were many assumptions incorporated. This was definitely bound to and was causing her anxiety leading to her scope of concern enhancing largely.
I consoled her and under the given time and resource constraints first assisted her to realign the #scope to the best of her abilities. Well, for now she has progressed on and is in a much better shape to complete her project, though marginally overrun her #timelines, but has learnt her first lesson in project management; define the scope appropriately. left with me a thought that while working with real life and really large projects, if there is any way technology can help as it seems to be everywhere.
Well, did my niece finally fare well with the objectives of the project; was she able to complete it within the stated resources? Also, I am wondering as to how other two project references (K-12 and Pharmaceutical) are faring and their challenges. I am beginning to get excited as I dig deeper into the world of Project Management. To share the other part, I will catch up with you soon. 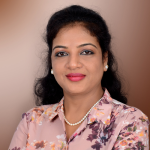