Scope creep on projects can be compared to Kudzu. It is the gradual expansion of project work that was not expected in the real project management. It starts out with a “wouldn’t it be nice to…” and moves on to “we really should have…” and then finishes with “it’s not that big of a deal to add just this one more item to the project.” In no time at all you will look at your project and find that it has been choked to death by the phenomenon of scope creep.
Why Does Scope Creep Occur if There is a Project Manager?


It’s important to understand how a project management can fall victim to scope creep in the first place. One would think that as long as a project manager is in place and everyone is on the same page, there wouldn’t be an issue with project expansion. The following are some reasons ways that scope creep can occur:

1. Belief that “the customer is always right”

Many project managers relent under pressure of the adage that the customer is always right. It’s a truism in saying the retail industry where it’s often better for future repeat business to allow a customer to return an item vs. A public argument about a product or service.

But, when you start talking about scope creep on a project management with a budget of hundreds of thousands or millions of dollars, you are talking about something entirely different. A small change to a project management from the customer’s perspective may easily cost the company $50,000-$100,000 depending upon the size of the change. There is a difference between a customer being right and a customer changing their mind. It’s important for a project manager to understand this difference and no when it’s OK to say “No” to a client.

2. You have something to prove

Another way scope creep may enter into a project management is rooted in the mentality of the project manager. There may be a need to prove yourself. You may take, it is a personal challenge that you’ll be able to take this change back to the project team and have it implemented in the project with little impact to the schedule. Human ego can open doors to a world of trouble. In the business environment, there may be unintended consequences for going above and beyond the original Project Management. For example, new functionality may be introduced only to find later that it conflicts functionality in another software project.

3. Processes that are “Loosey-Goosey”

Another way in which a project management can fall victim to scope creep is through a lack of formal change control processes. Projects that start of “on track” can veer off when there is a lack of formal process in place to review and determination the impact changes to the plan will have on the project. It is critically important to document all changes to the project management for future reference. People’s memories are short, there are so many things that we are bombarded with every day on our jobs that we many times archive the details. Having the proper documentation in place helps people remember what changes were made, who approved them, and the reasons why they were made.

4. The dots need to be connected

Sometimes the initial scope document is put together to quickly leave out details which then forces the project team in the uncomfortable position of connecting the dots while the project is in mid-flight. If critical information is missing from the original scope document and project management that must be part of the solution and is added on the go the project can internally generate scope creep unless the carefully monitored and managed.

People end up having special relationships with projects that are underway. For example, say the salesperson that sold the project has maintained a great rapport with the client, then the client suggests they would like to see changes to the project and is quickly reassured “We can do that”. Next day the salesperson meets with a developer “We need to do this, this, and this…” and the developer, who has not been around nearly as long as the senior level sales person, sheepishly agrees to make the changes. Unfortunately, we all know how that story turns out.

Or, it may be an overzealous functional manager that feels they have a better way of implementing the project. The only problem is that it may take just a bit longer to complete. They pay no heed to a Project Management that is in place and move forward with the changes by basically approving the changes themselves, voila! Scope creep and untold chaos.

A Project Manager is Put in Place for a Reason

There has been much thought, time, and consideration put into the plan and it should be followed. We’re not saying that it should be followed blindly with no thought of doing something better or different. Rather, you need to be mindful of inadvertently introducing scope creep into the project one good deed at a time. The next thing you know your project has been choked to death by the weight of client requests and internal changes. Carefully document any changes that occur to the project and you will quickly get this business phenomenon under control. Now, if we could only do that for the kudzu! 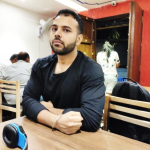 Why should you build a project management culture?

How to Effectively Manage Resources?

8 Benefits of Resource Planning and Scheduling in IT Industry